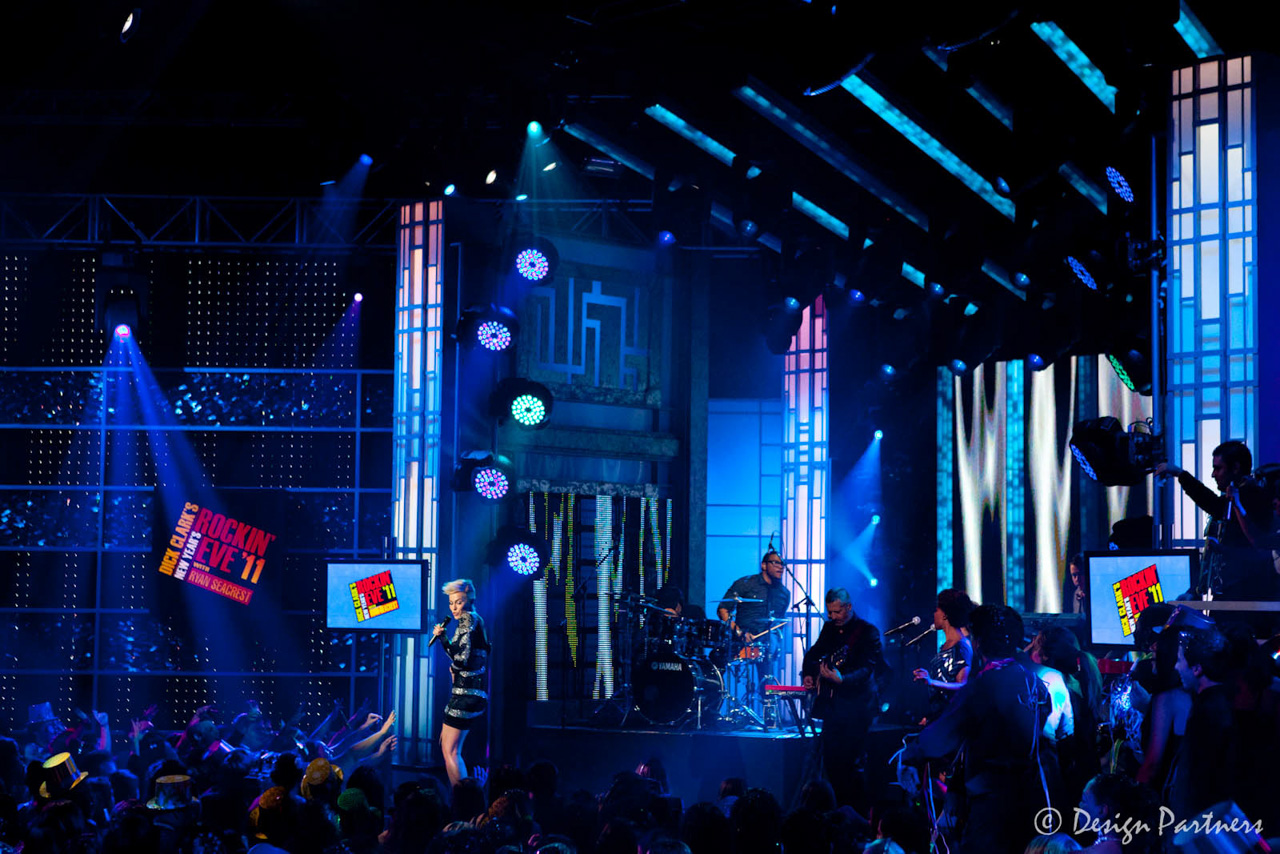 Making for quite the star-studded spectacle, Times Square was the place to be as the New York City locale played host to the annual Dick Clark’s New Year’s Rockin’ Eve with Ryan Seacrest 2012 festivities on Saturday night (December 31).

In its 40th year, the program was co-hosted by Dick Clark and Ryan Seacrest with Jenny McCarthy also helping out with reporting duties while Stacy “Fergie” Ferguson of the Black Eyed Peas hosted the affiliated Los Angeles celebration.

Attendees and viewers were treated to performances by top acts including Justin Bieber alongside Carlos Santana, Nicki Minaj, Pitbull, The Band Perry, Florence + The Machine, Hot Chella Rae, One Republic and LMFAO.

Talking about putting forth another NYE special, Dick Clark said: “It hardly seems possible that we began telecasting ‘New Year’s Rockin’ Eve’ 40 years ago. Armed with just a couple of cameras and a skeleton crew, my wife and I stood atop a Times Square building and watched the thousands of happy celebrants in Times Square.  ‘New Year’s Rockin’ Eve 2012′ promises to be one of the most exciting ever, and I’m proud to be part of the team.”