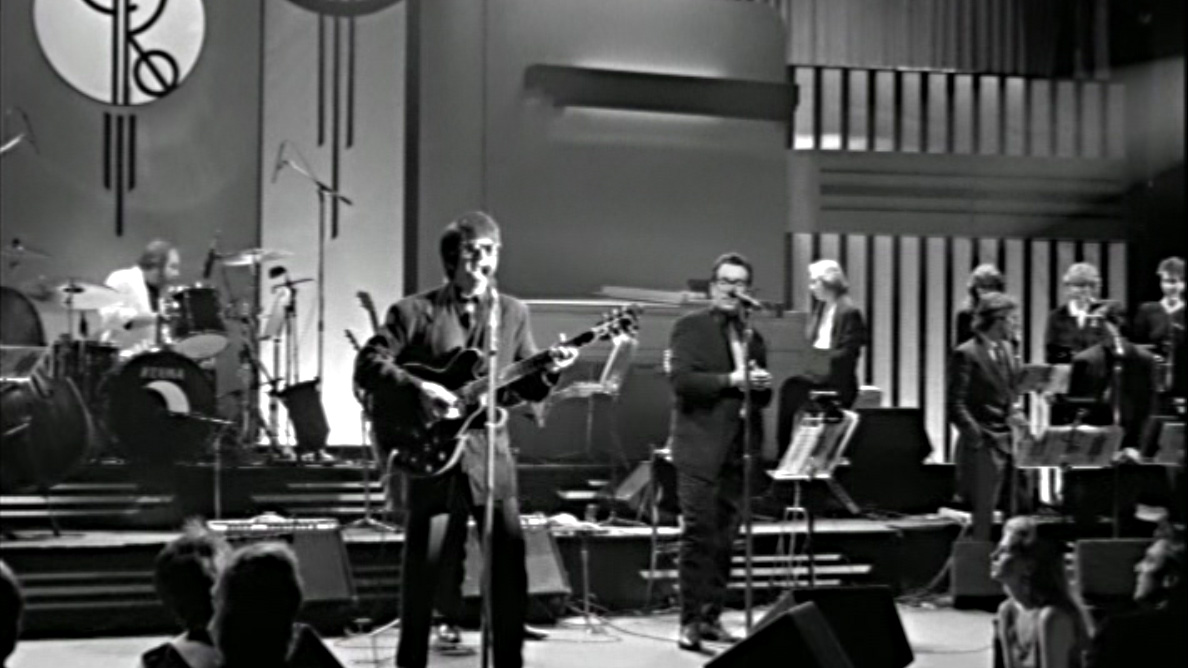 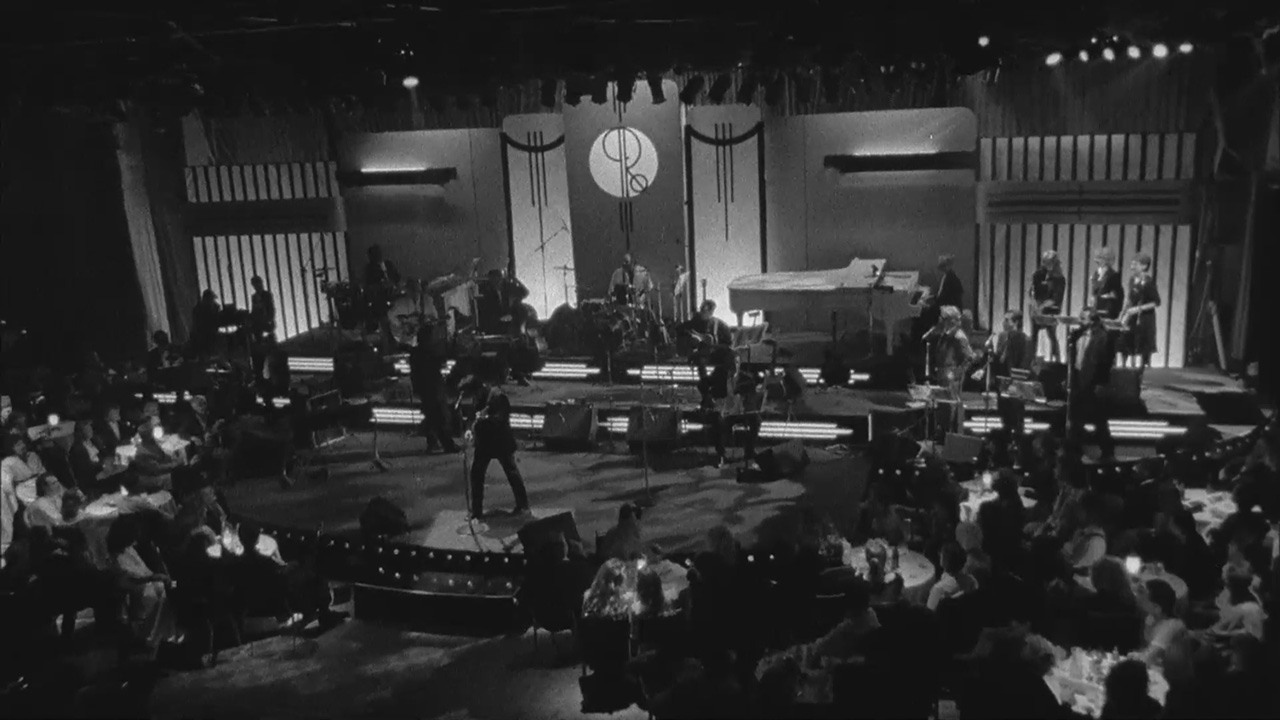 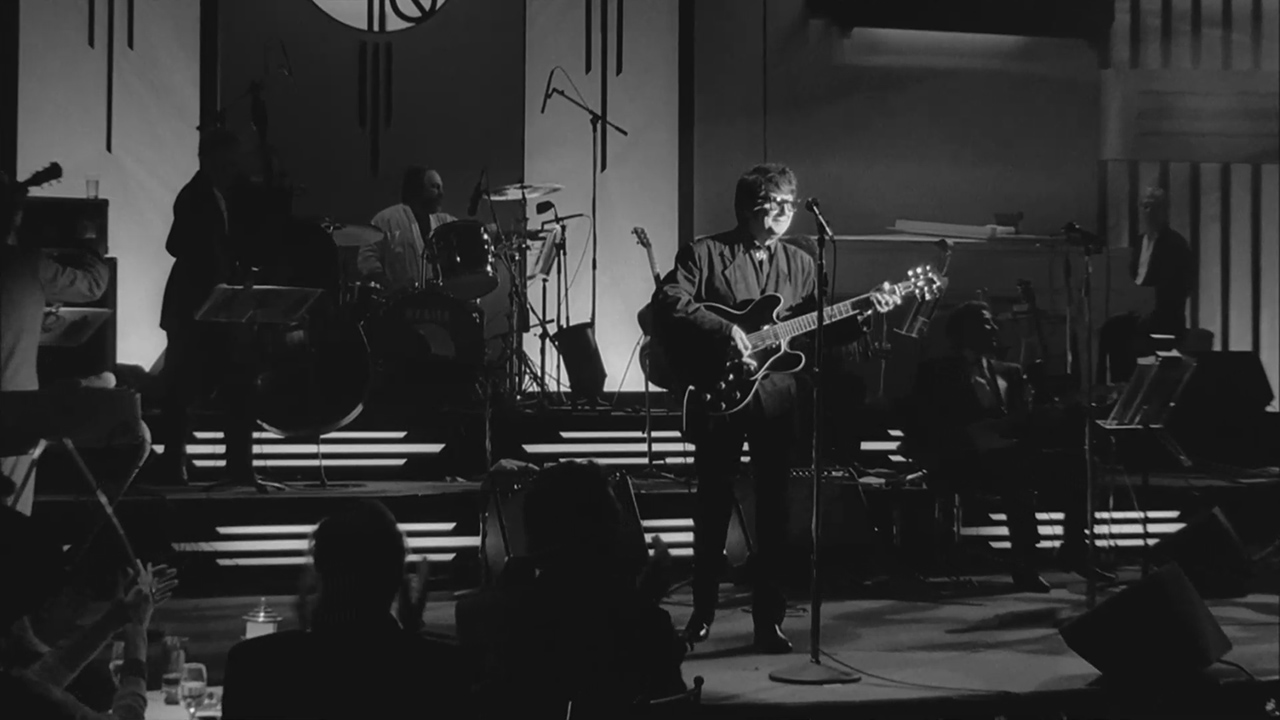 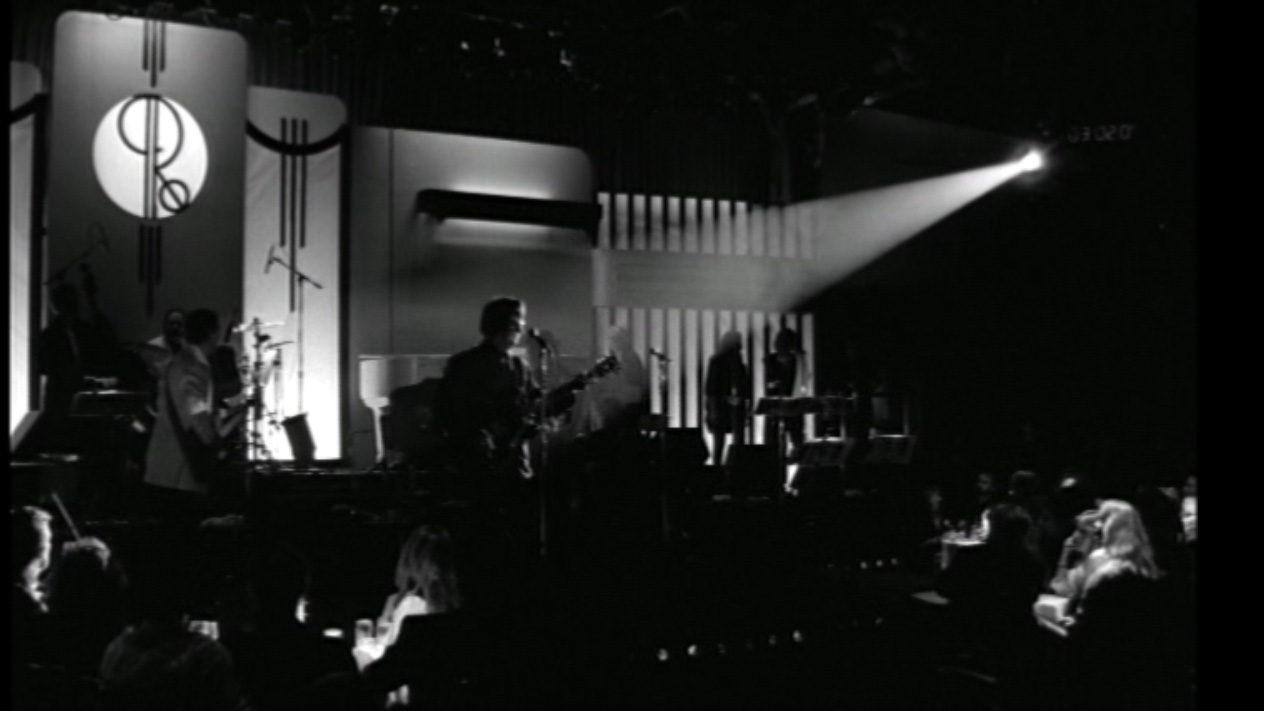 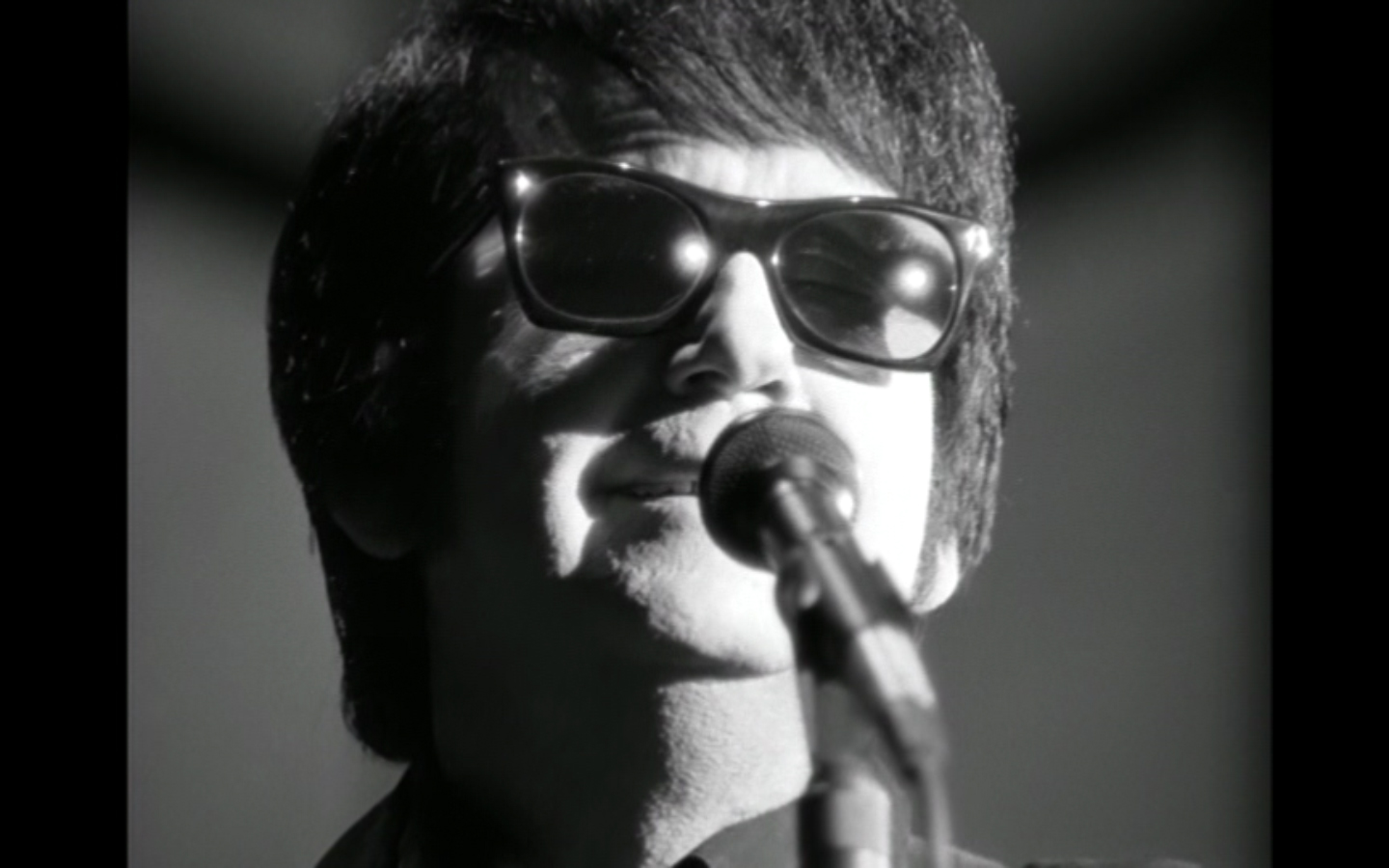 The special consisted of a performance of many of Orbison’s hits at the then Ambassador Hotel’s Coconut Grove nightclub in Los Angeles.  The special was shot completely on black and white film stock including 35mm, 16mm and 8mm at the insistence of director Tony Mitchell.   The backing band was the TCB Band, which accompanied Elvis Presley from 1969 until his death in 1977: Glen D. Hardin on piano, James Burton on lead guitar, Jerry Scheff on bass, and Ronnie Tutt on drums. Male background vocalists, some of whom also joined in on guitar, were Bruce Springsteen, Tom Waits, Elvis Costello, Jackson Browne, J.D. Souther and Steven Soles. The female background vocalists were k.d. lang, Jennifer Warnes and Bonnie Raitt.  Other celebrity admirers of Orbison were in the audience, including Billy Idol, Patrick Swayze, Sandra Bernhard and Kris Kristofferson.